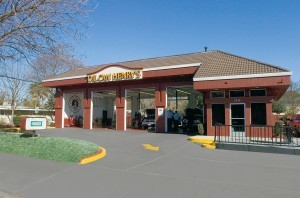 No film better captures our nation’s love affair with the automobile than American Graffiti, the 1973 coming of age tale co-written and directed by George Lucas.
Set in Lucas’ hometown of Modesto, Calif., American Graffiti features an all star cast (including Richard Dreyfuss and Ron Howard) and artfully shares the story of best friends as they spend one last night cruising the streets together before heading off to college.

More than 40 years later, cars are still at the heart of American life, Modesto still celebrates car culture with it’s annual Graffiti Summer and Oil Can Henry’s is still working hard to help vehicles drive better and last longer. In fact, Oil Can Henry’s has proudly served drivers in this San Joaquin Valley community for more than seven years, providing quick and convenient oil changes and other preventive maintenance they can trust.
Congratulations to the wonderful team of trained technicians at Oil Can Henry’s in Modesto, and the other four centers celebrating January anniversaries: